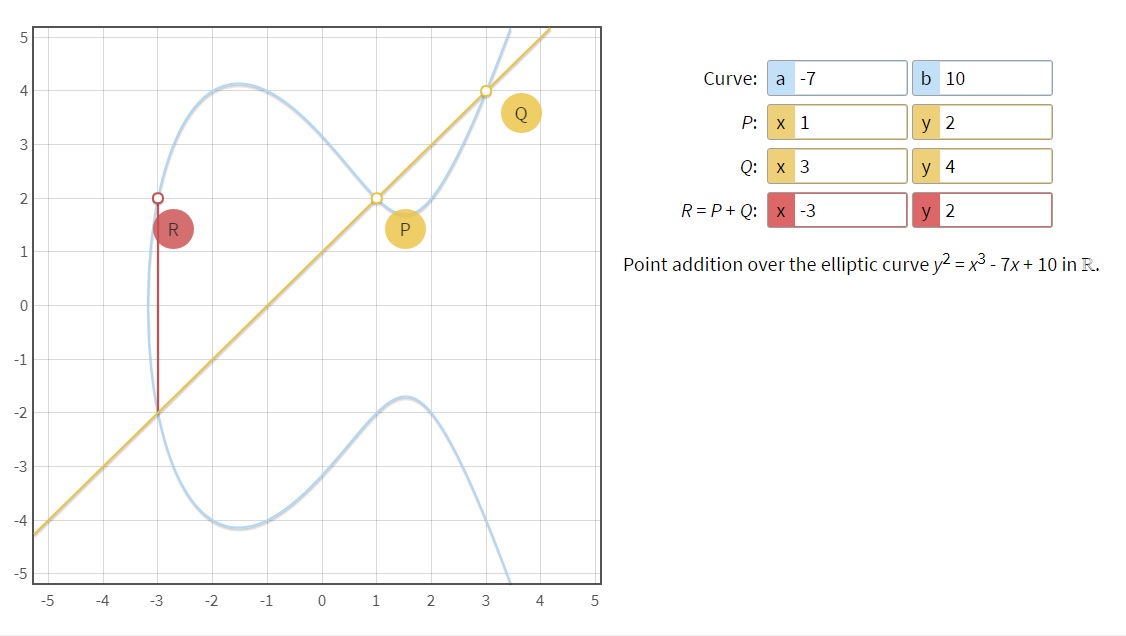 Digital signatures, which are covered in another section, use elliptical curve mathematics. Elliptical curves allow one person to choose a starting point and then perform a one way operation to create a second point such that it is it not possible to find the first point from the finial derived point.

Using elliptical curve functions, students can actually draw their own graphs, chose their points, and derive a final point to see how this cryptography works under the hood.

Learn more with resources found in the Bitcoin Classroom Library:

This article on Hacker Noon describes in detail how the math behind elliptical curves works in cryptography.

Andrea describes this as “a gentle introduction” but I don’t think it is, which means that the concept explanations can get a lot deeper!

This is an interactive elliptical curve addition tool.

This is simplest explanation of how digital signatures work on a technical level.
Level: Beginner